The Ghost Village That Has Been Underwater Since 1947, May Reappear In 2021 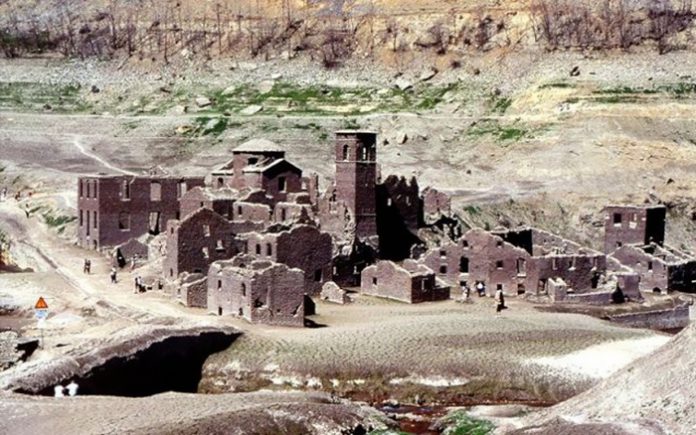 Around the mountains of central Italy, there’s a Ghost Village or medieval village which has been submerged under the water since 1940s. The Fabbriche di Careggine was built in the province of Lucca in Tuscany in the 13th century. This village was built by the group of iron workers and then became renowned for iron production. When a hydroelectric dam was built in 1947, the village was flooded by the Lake Vagli and completely submerged under the water. Therefore, it residents had to leave near towns.

According to the Bored Panda, however, this artificial lake Vagli emptied several times in 1958, 1974, 1983, and 1994 since its creation. Every time the lake become emptied, the village resurfaced. Therefore, it called the Ghost Village. Fabbriche di Careggine reappeared last time 26 years ago in 1994 and most of locals and tourists visited to watch it. However, in 2021, it may soon resurface again and there will be a chance to many of people to visit it before it becomes disappear under the water.

The below pictures shows the wonder of the Ghost Village, Fabbriche di Careggine.

Evaluation of the Architecture behind Bathrooms Since 1520s