Evaluation of the Architecture behind Bathrooms Since 1520s 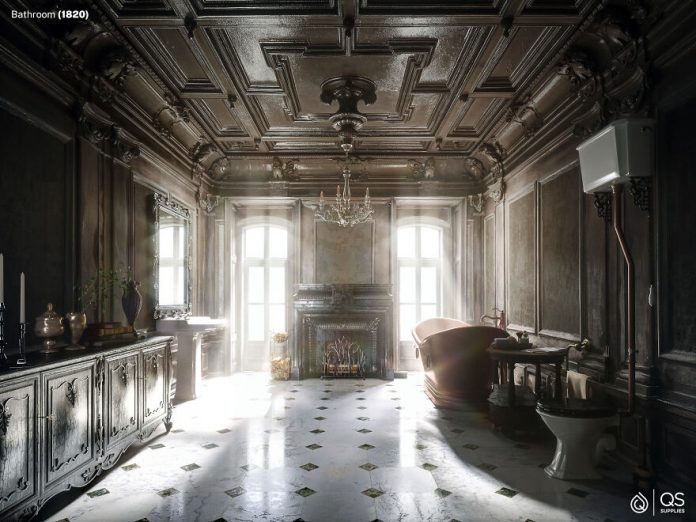 We people always look for comfort zone of life in daily basis. As human life become complex with the globalization of the world, the need of daily life are increasing day by day. We are looking for comfort in some areas. Sanitation is a major necessities in human life. People are used to common things like flushable toilets, private baths, toilet paper etc. but those things have been invented for a long time step by step and adding some facilities in years and years. Based on the details of Bored Panda, now we look into how bathrooms were invented over many centuries and how they were looks like.

During the period of 1520-1620 in the 16th home tub was luxury and several people can bath together on it at the same time. The toilet was known as garderob.  During the 17th century, having a bath in public with other people around and using of hot water in the bath tub became a new way. And also, the flush was invented for the first time during these era. However, it did not become useful until 19th century.  During the period of 1720-1820, commode became very popular with the shape of a seat or box and a hole in it. These were invented with porcelain or copper. Development of S-pipe in 1775 led to the adoption of flush and modern bathrooms.

Until the 18th century, due to mirror glasses were very expensive to use, only fancy people had mirrors in their bathrooms.  In the 19th century, with the effectiveness of the industrial evolution overcrowded people in some cities, they have to share same bathrooms and they used to empty their bedpans and buckets into the streets from their windows and balconies. However late modern bathroom concept was arising as a space for personal hygiene in late 19th century. Toilet paper was invented during this period.

During the 20th century, with the skillfulness of architects and modern designers, modern bathroom became a reality with all facilities. Free-floating suite has been added to the facilities now a day. These are some pictures of how bathrooms were looks like during several eras.

The Ghost Village That Has Been Underwater Since 1947, May Reappear In 2021