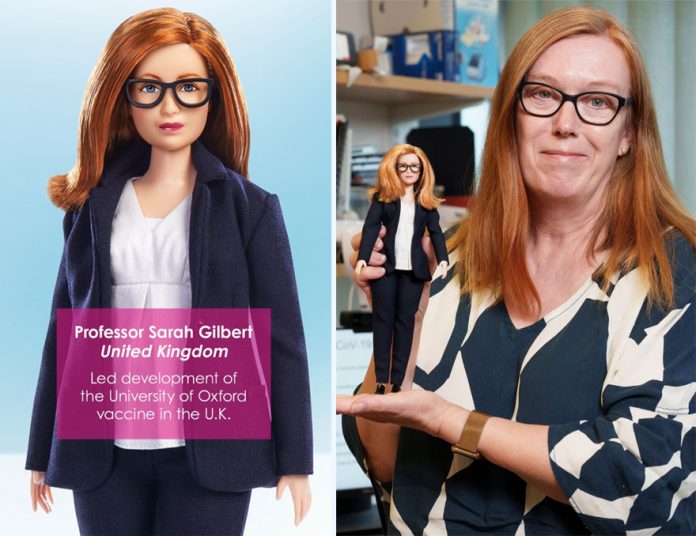 The company known Mattel is one of the largest and strongest company which run children and family entertainment franchises in the world. Its popularity has been everywhere in the world as no one in this world know the Barbie Dolls. However, since the Covid-19 pandemic start, many people have dedicated their lives to do their occupations against eradication of the Covid -19. The company has decided to honor the women workers from the outside world for their achievements and dedication. In order to showcase their feat, the company has created six Barbie dolls which approximate of each woman.

According to the Bored Panda, these six dolls were modeled as following women.

As indicated in the first picture, Audrey Cruz, who is a United States physician and worked against the pandemic in Las Vegas. By thanking for to be honored as a role model of Barbie doll, she has stated that she hopes to give her all the commitments and compassion furthermore.

In the second picture, Jaqueline Góes de Jesus is a Brazilian doctor who is working as a part of the first genetic sequencing of SARS-CoV-2 in Latin America

The Australian doctor, Kurby White was also honored as a role model for Barbie doll for her great work of developing a surgical gown for frontline workers is indicated in the third picture.

The fourth picture indicated the Professor Sarah Gilbert, who was the professor of Vaccinology at Oxford University and she is the co-creator of the AstraZeneca vaccine.

Doctor Chika Stacy Oriuwa is a Canadian psychiatry at the University of Toronto and she battled against the racism in healthcare during the pandemic situation is shown in the fifth picture.

As indicated in the sixth picture, Amy O’Sullivan is a American veteran nurse at Wyckoff Hospital in Brooklyn. She treated the first covid-19 patient in New York City and was named one of the 100 Most Influential People of 2020 by TIME Magazine