HomeArt3D Chalk Art by a Mother & Her Daughter
Art

3D Chalk Art by a Mother & Her Daughter 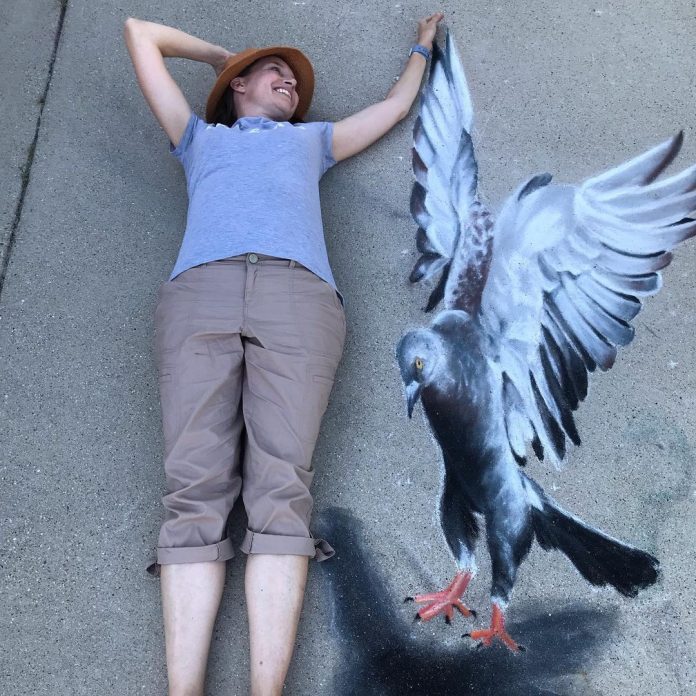 The origination of 3D Chalk art in street dated back to more than hundred years ago. There were lot of painters who did this 3D chalk arts on the streets and pavements as their occupation. Often, these arts were based on timely situation or topic as well as poems, reality of life, political status, and difference of classes in society. These arts were dramatically displayed on the streets by artist to spread some kind of visual message to the community. Year and year these arts became more popular with different ideas and theme and then it spread throughout the countries in the world.

A woman from Texas called Jan Riggins and her daughter both are clever artists who had win several art competitions. According to the interview with bored panda during the lockdown period, these two began to do some interest work together by using their artistic skills to Colored Street through 3D chalk arts in neighborhoods. As the all events and festivals started called off with the Covid 19, they have not any opportunity and started to do this colorful work for entertain their neighbors and mentality.

At first, the mother and daughter started to draw a koi fish and their neighbors mostly appreciated it and entertained it. They began to start drawing since then. As their chalk arts become very popular among the neighbors, they received lot of request to draw the neighbors’ streets colorfully. Even though many neighbors had to pay them, they did not do that for money and it just for give some freshness to the society through their talent. Instead, they received necessary drawing items like pastels as well as some of presents from their neighbors. According to them, through these works, they have connected with their neighbors than ever had and they have decided to continue this task even after the lockdown as an extra-curricular.